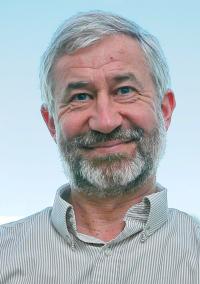 Professor of Computer Science And Electrical And Computer Engineering

Peter received the degree of Electrical Engineer from the University of Gent in Belgium in 1982, and the MS and PhD degrees in Electrical Engineering from Stanford University in 1983 and 1987, respectively. His current research is in the areas of future Internet architecture and wireless networking.

He is a member of the ACM and a Fellow of the IEEE and has been on many program committees including serving as co-chair for the OPENSIG'99 workshop and the "Eight International Workshop on Quality of Service (IWQOS'00)". He was also program chair for HPDC'2000, general co-chair for ACM SIGCOMM'02 and program co-chair for MobiCom 2008.

My research interests are broadly speaking in computer networking and distributed systems. My research is very applied: we build prototype systems that incorporate our research ideas and we evaluate these systems using real applications in a realistic setting. I currently have active research projects in the following areas:

Future Internet Architecture – The architecture of today’s Internet is more than 30 years old. Of course, the network has changed significantly in terms of scale, technologies, applications, and traffic. An interesting research question is whether we can define a new network architecture that will not only better support today’s Internet, but that can also better support future changes in technology and usage. We have proposed a new architecture, called the eXpressive Internet Architecture or XIA. Within the context of XIA and today's Internet, we are now explore a wide range of networking research topics including congestion control, mobility, network diagnostics, and routing.

Wireless Networking – Wireless networks have become ubiquitous and most of us use a variety of wireless technologies on a daily if not hourly basis. This rapid growth in usage and deployment, combined with the emergence of new technologies such as smart antennas and software radios, has made wireless an incredibly exciting research area. The wireless networking projects I am involved in cover a wide range of topics including self-managing and self-optimizing wireless deployments, dynamic spectrum access, and vehicular networks.