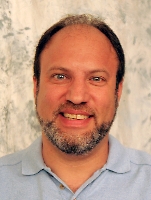 My research focuses on the area reliable autonomous systems (especially mobile robots) operating in rich, uncertain environments. The goal is to create intelligent systems that can operate autonomously for long periods of time in unstructured, natural environments. This necessitates robots that can plan, reason about uncertainty, diagnose and recover from unanticipated errors, interact with other robots and humans, and learn. I am interested in the use of probabilistic reasoning to explicitly model and plan for uncertainty.  I am currently focusing on multi-robot coordination and human-robot social interaction.

Multi-Robot Coordination. We are researching issues of how multiple, heterogeneous robots can coordinate to carry out high-level tasks, especially those that cannot be accomplished by a single robot. Issues include having the robots negotiate to dynamically form teams and assign tasks, monitoring each other's performance, and adapting dynamically to changing situations. The work extends traditional three-tiered architectures to multiple robots and extends planning and scheduling algorithms to handle uncertainty and failing plans. Application domains include dexterous, multi-robot large-scale assembly.

Probabilistic Reasoning in Robotics. We are exploring the use of probabilistic reasoning techniques in controlling autonomous robots. We are investigating methods for making mobile robots more robust and self-reliant, especially using Markov models and partially observable Markov models.